My friend Mary morphed Reading Sheffield from her PhD. The original subject was a ‘middle brow’ author called Warwick Deeping. As I understand it ‘middle brow’ means the books people read but don’t necessarily own up to. From this Mary decided to find out what books people actually read and what influenced their choice of reading. Having picked the years when Warwick Deeping was popular that is the 1930’s 40’s and 50’s, she armed a posse of volunteers with Zoom sound recorders and searched for Sheffield residents who grew up during these years. The result was a fascinating series of audio files documenting the varied reading habits of a cross section of Sheffield residents before the advent of television or internet.

The problem then was what to do with all this fascinating material, and that’s when I became involved. I originally planned an interactive installation in Sheffield City Library but ended up designing a Reading Sheffield web site . I am now working on a series of works based on the people and their conversations recorded during the Reading Sheffield Project. 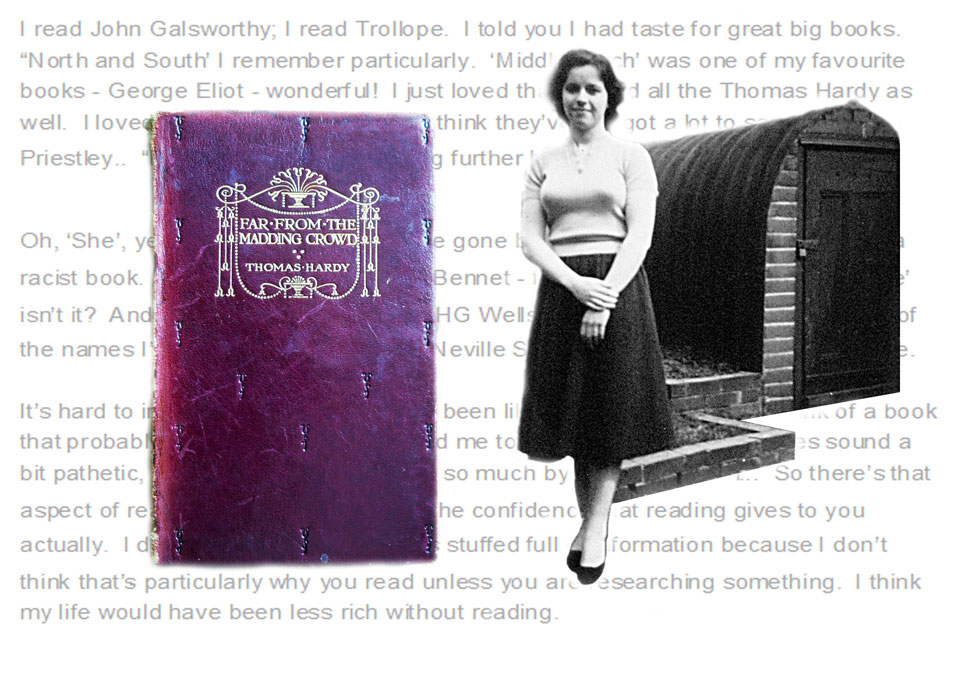