The core of this ongoing work was initially composed of three pieces made while I was artist in residence at the international arts and science conference ‘Rules of Engagement’ funded by Arts Council England and held at York University in 2005.  The work was made in collaboration with the Centre for Novel Agricultural Products (CNAP), University of York. The underlying theme is energy transfer and the Carbon Cycle.

University of York (2005) The three pieces shown at York were labelled as figures in a diagram. 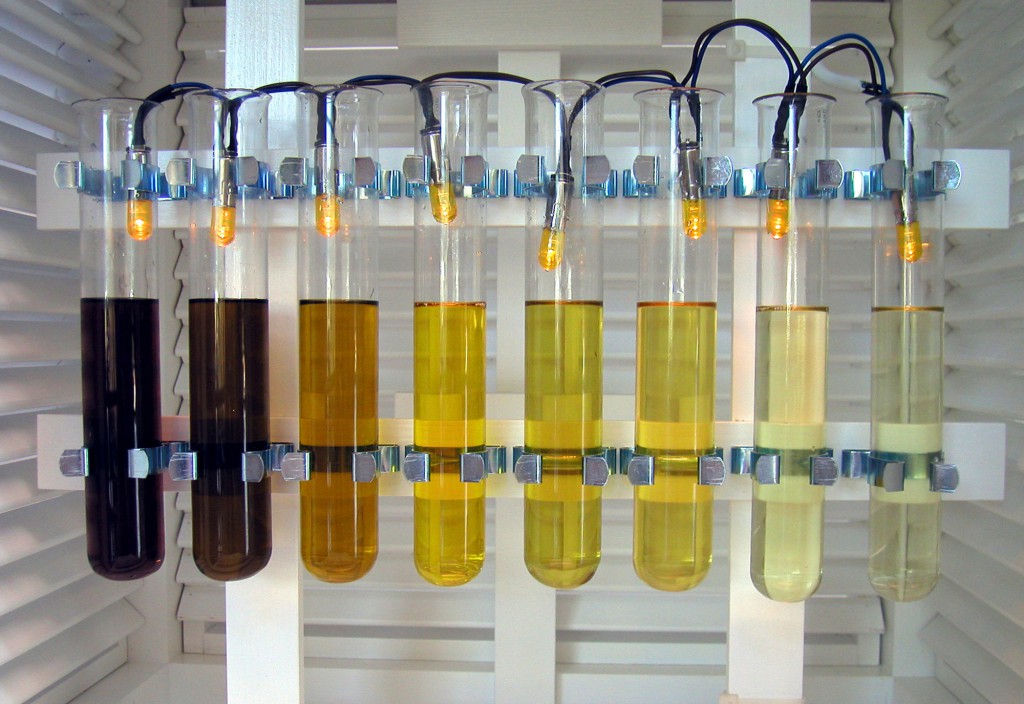 Figure 1. An analogy of the transfer of energy from the sun to plants in a parody of photosynthesis.  A solar panel feeds energy into a storage unit leading into a series of light emitting diodes. Each diode is suspended over a tube containing a sample of experimental plant oil. In reference to the unknown effect of the substitution of fossil fuels by plant oils the tubes and lights are suspended inside a Stephenson’s screen, a device usually used to house weather instruments.

Figure 2. A series of pristine white plates; each one is displayed on a plinth, as in a department store. Figure 2 is concerned with consumerism and its influence on the direction of research into climate change. Each plate contains an energy related image, coal, grains of rice, a diagram of photosynthesis, a scanning electron micrograph of a marigold seed. 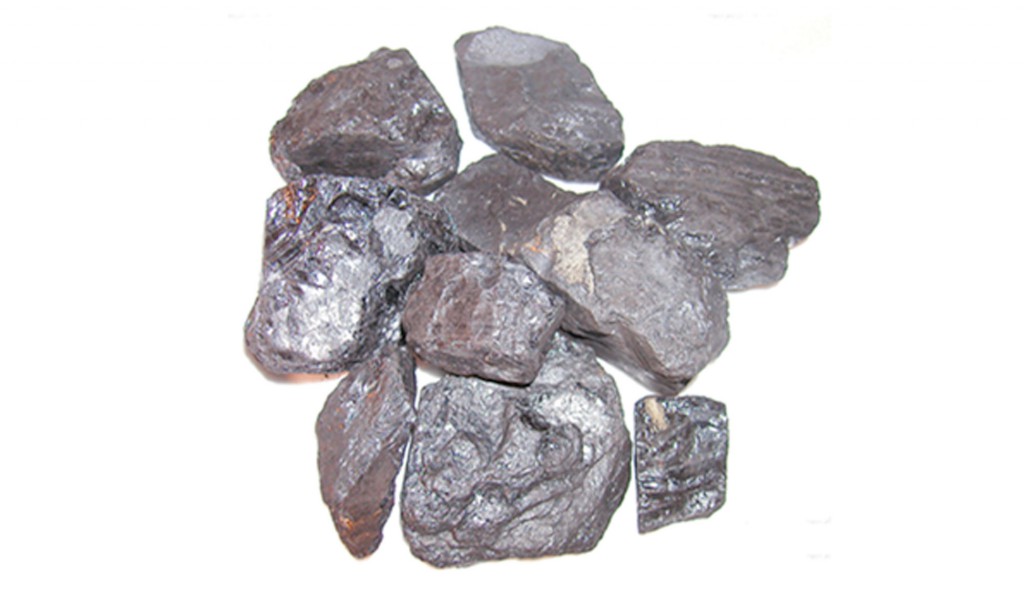 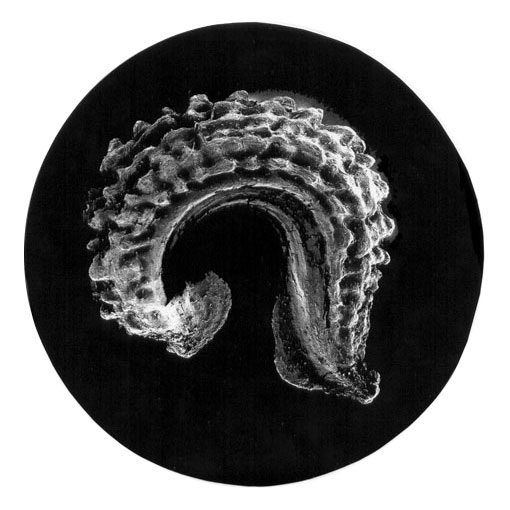 Figure 3.  A moving image representative of the carbon absorbing qualities of the sea. 48% of the carbon emitted to the atmosphere by fossil fuel burning is sequestered into the ocean. 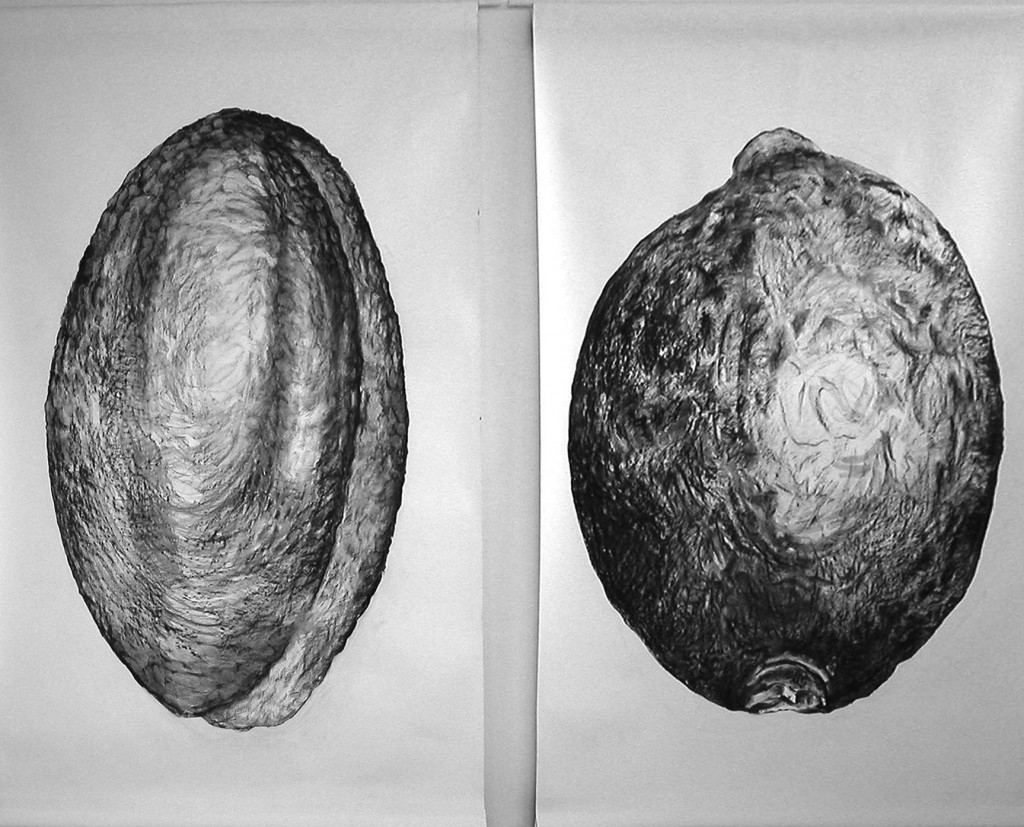 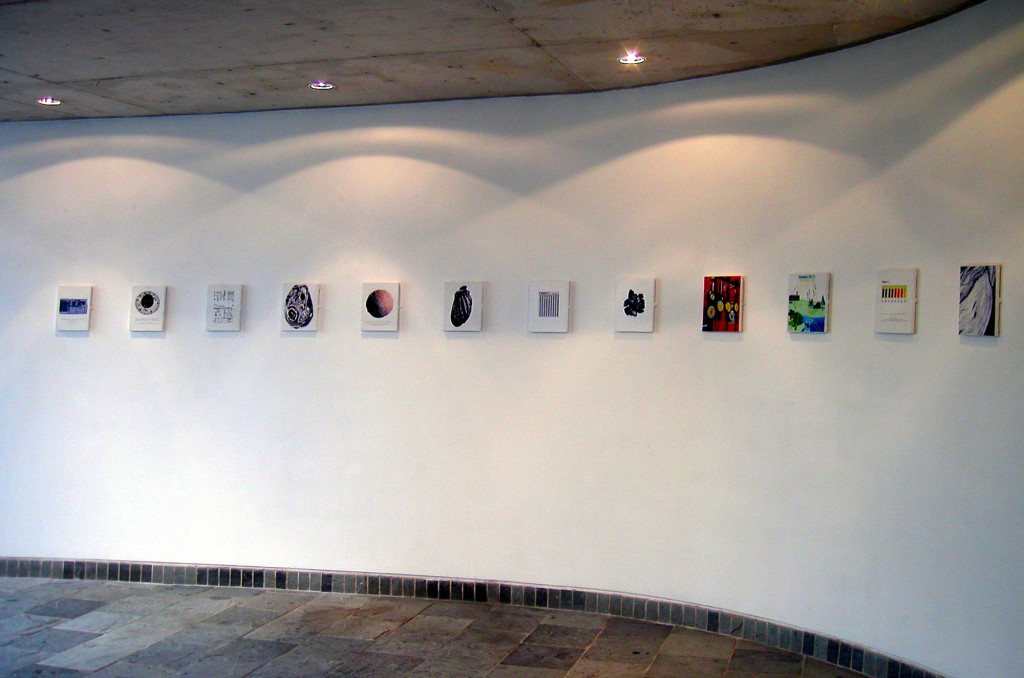 The opening night was made into an event, with live music during which scientists in lab coats and purple vinyl protective gloves mingled with the visitors.

In 2010 Figure 1. was shown in Crunchtime at the New School House Gallery, York

The Wedge Gallery, South Staffordshire College (2011) Two more new pieces were added. An instrumental adaptation of ‘Here Comes the Sun’. which was played continuously during the show. 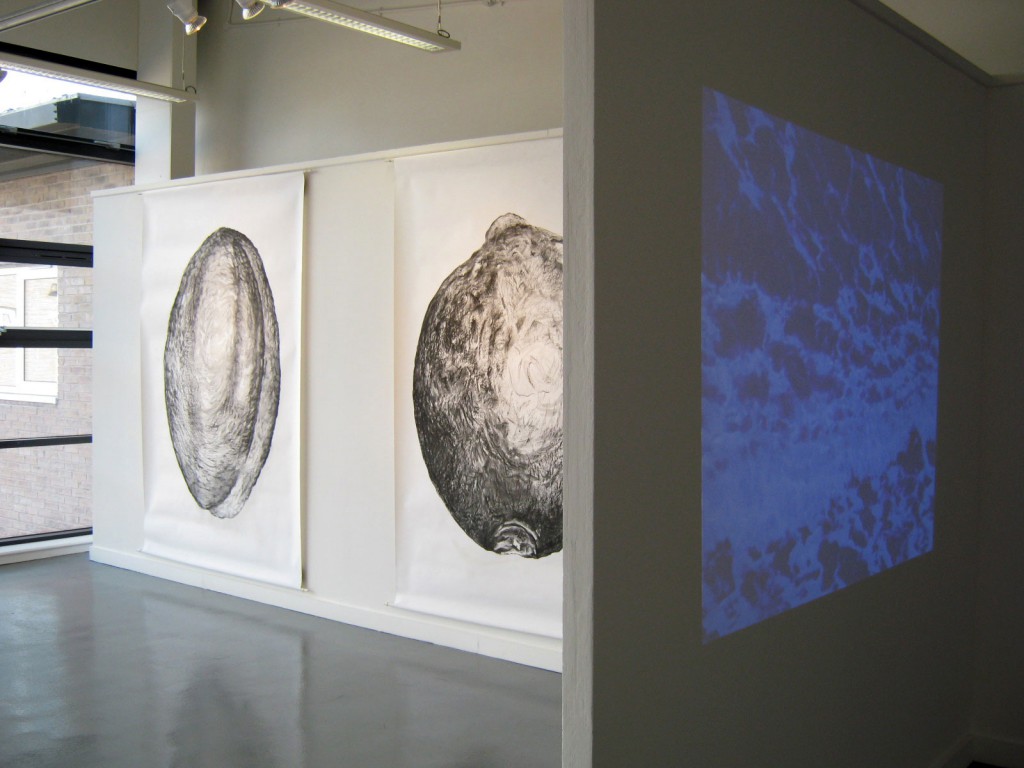