When a student in 1960’s Newcastle I lived in a number of houses that were demolished very soon after I had moved out. Looking at the space of air that I had once occupied was weird. For a start it didn’t take much effort to reproduce the exact contours and ambience of my old rooms. I can still conjure up these old places and sometimes if I can’t sleep at night I walk round them in my head. So like many others I find a fascination in passed histories and dereliction.

In  1997 I came across an abandoned swimming pool on the seafront of Scarborough’s South Bay. It’s now gone, filled in and concreted over but there was a time when judging from a brilliant poster in Scarborough Art gallery fashionable people sipped Pimm’s and watched young men plummet off high diving boards during sunny days in a different era.

The idea of a specific time reserved for leisure originated in the 1930’s. Contemporary medical theories believing in the benefits of fresh air and sunlight encouraged the pursuit of open-air pursuits and led to the establishment of a number of outdoor pools with amenities. The more elaborate examples were called Lidos, a term borrowed from the famous bathing resort at Venice. I fancied this one as a lido. It was designed by Harry W. Smith, Borough Engineer (1893-1930) and at one point was the largest outdoor pool in Europe. Construction was begun in 1914 and completed the following year. The changing rooms with their exotic pillars, tiles and circular windows, the pool fountains and various associated bungalows were added in the 1930’s.

The pool reached it’s heyday in the 1930’s, 40’s, and 50’s. School swimming Galas were still held there in the 1970’s, although I’m informed the water was freezing and the changing rooms clammy. By this time we had got used to our pools being both heated and indoors. The pool was finally closed in 1989. It lay derelict, festooned in barbed wire throughout the 1990’s, an obsolete reminder of a different way of life. 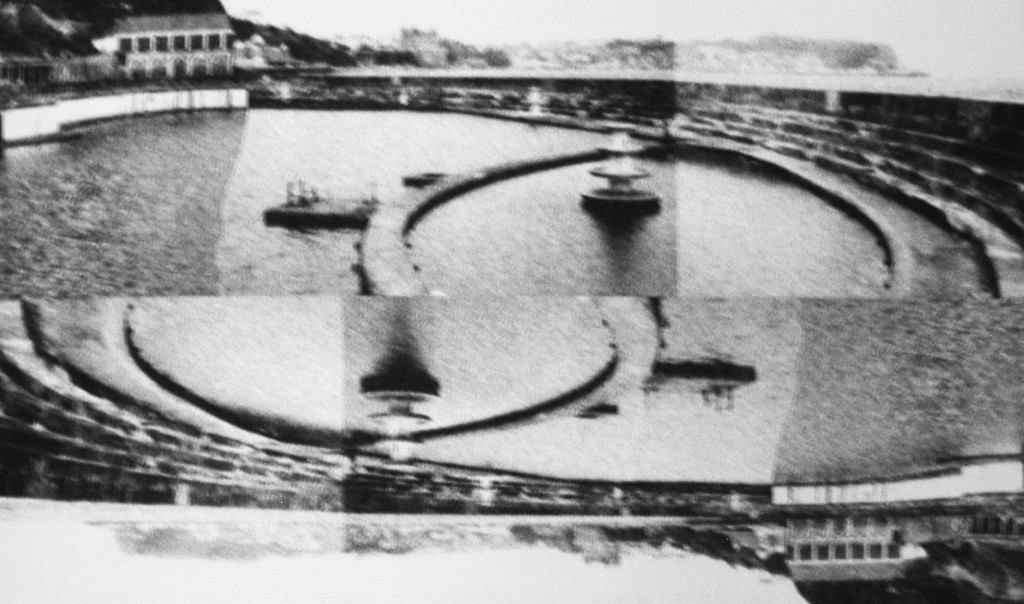 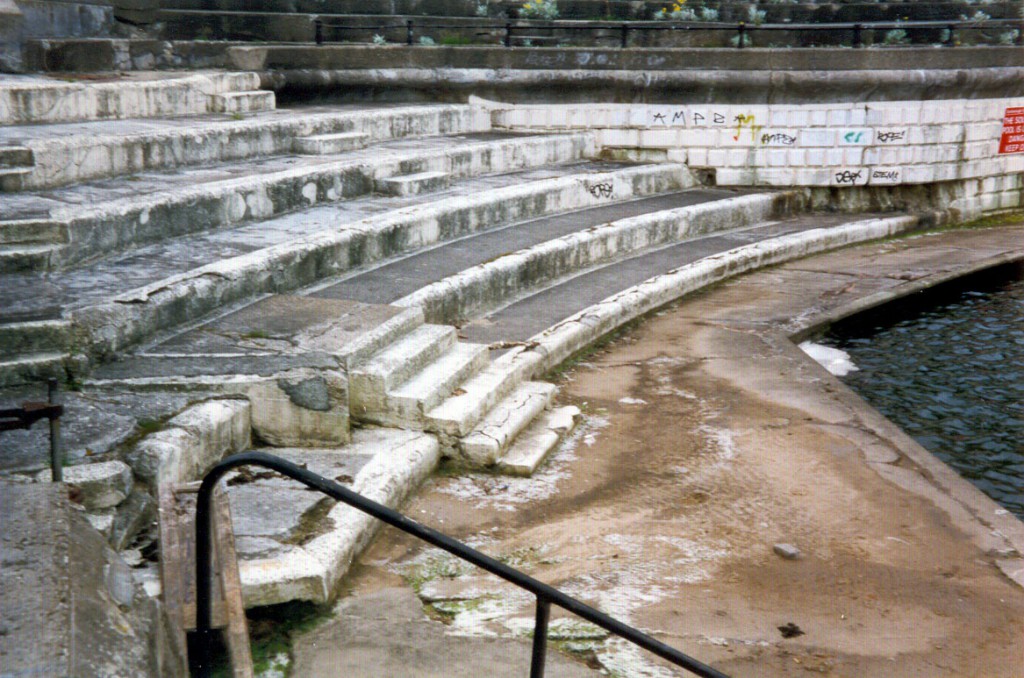 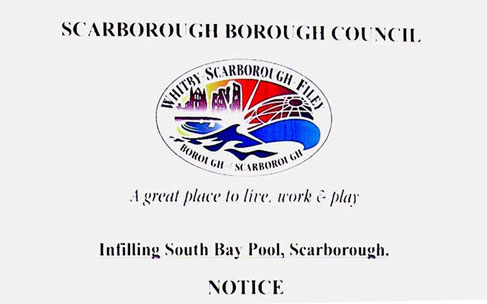 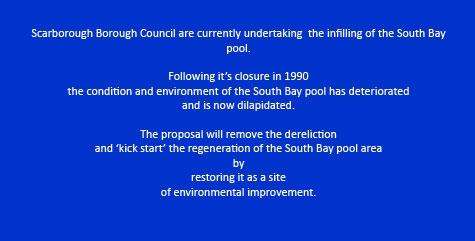 Hand developed black and white photographs taken during the summers of 1997-2000 show the pool and it’s surrounding buildings in the last throws of disintegration. Festooned with barbed wire and Keep Off notices the water is black and oily. 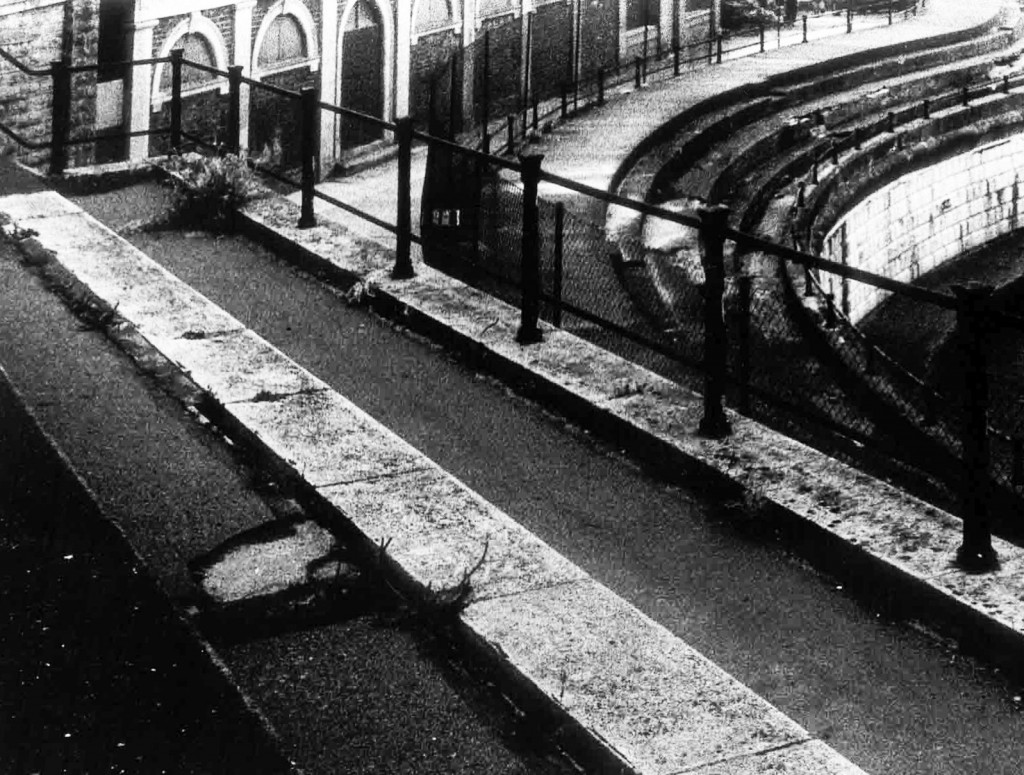 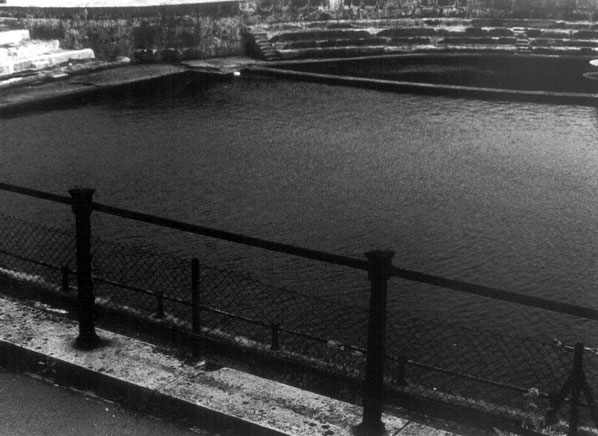 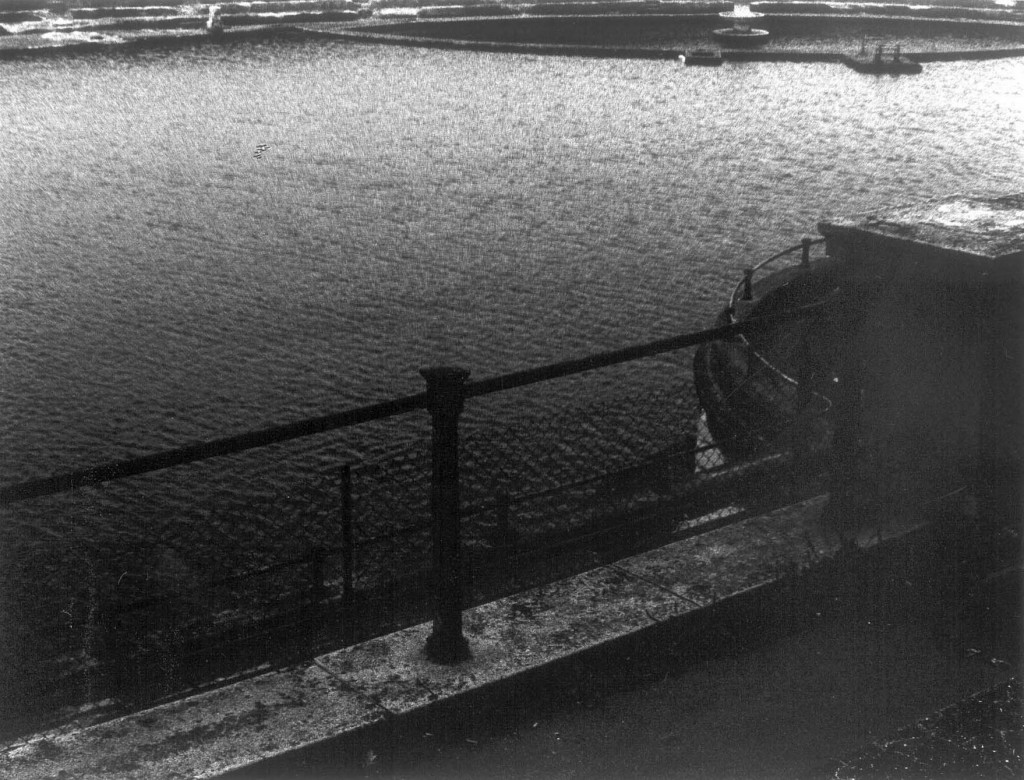 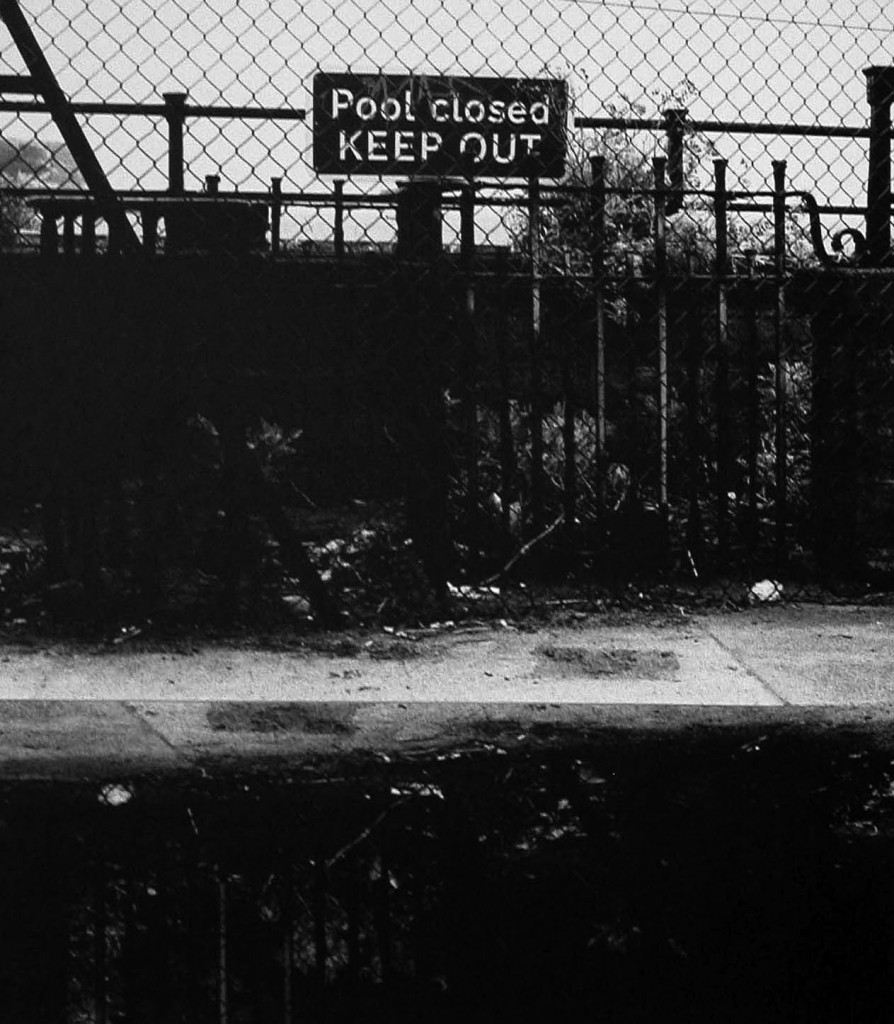 The fountains a major feature of the pool, were resurrected as transparent images on the gallery windows a last memory before final demolition. 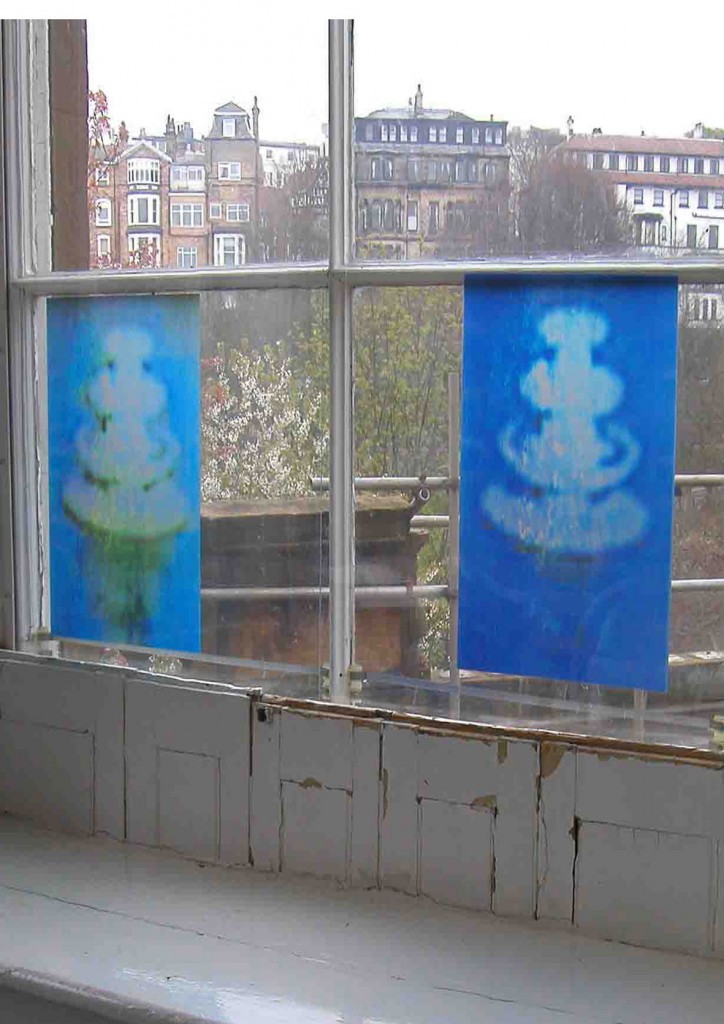 I’ve been back often for More Scarborough ………